Miro at the train station

On holiday (vacation) in Puerto Pollensa on the island of Majorca, we decided after a few days relaxing in the sun to take a trip through the mountains to the north coast of this beautiful island. We stopped at the wonderful Lluc Monastery the spiritual heart of the island. It always amazes that people without any faith who never step foot in a church will happily pile into churches and religious sites while on holiday, but thats another story.

After a couple of short stops we reached Port Soller, a delightful coastal town on the north coast of the island. The town is known for its charming position surrounded by high mountains, orange groves and its delightful harbour. Majorca has been a favorite destination for Brits since the 1960's and flights to the sun first became affordable to the masses. This is the less developed part of Majorca with none of the large hotels and apartment blocks.

Port Soller is linked by an old tram with the town of the same name a mile or two inland. The plan was to transfer from the tram onto the scenic railway that would take us back through the mountains towards the city of Palma. The tram clattered and wobbled it's way through the orange and lemon groves into the town of Soller and the journey ended at the railway station, where we were informed we would have to wait an hour for the train to depart. So finding we had an hour to kill in the Soller we started to walk back down into the centre of town in the 30C heat. It was then I spotted a poster showing unmistakable Miro work outside the station.


I thought "surely not".. an exhibition of Miro works in the train station ? But there they were inside the train station in what was probably once a waiting room. And not only that there was a separate exhibition of Picasso ceramics in another room. (I have to admit I'm not a massive fan of Picasso) Either of these collections would warrant a major show in London with security, massive queues and big big publicity but here they were almost unnoticed by the majority of folks waiting for the train in this small sleepy town in northern Majorca. 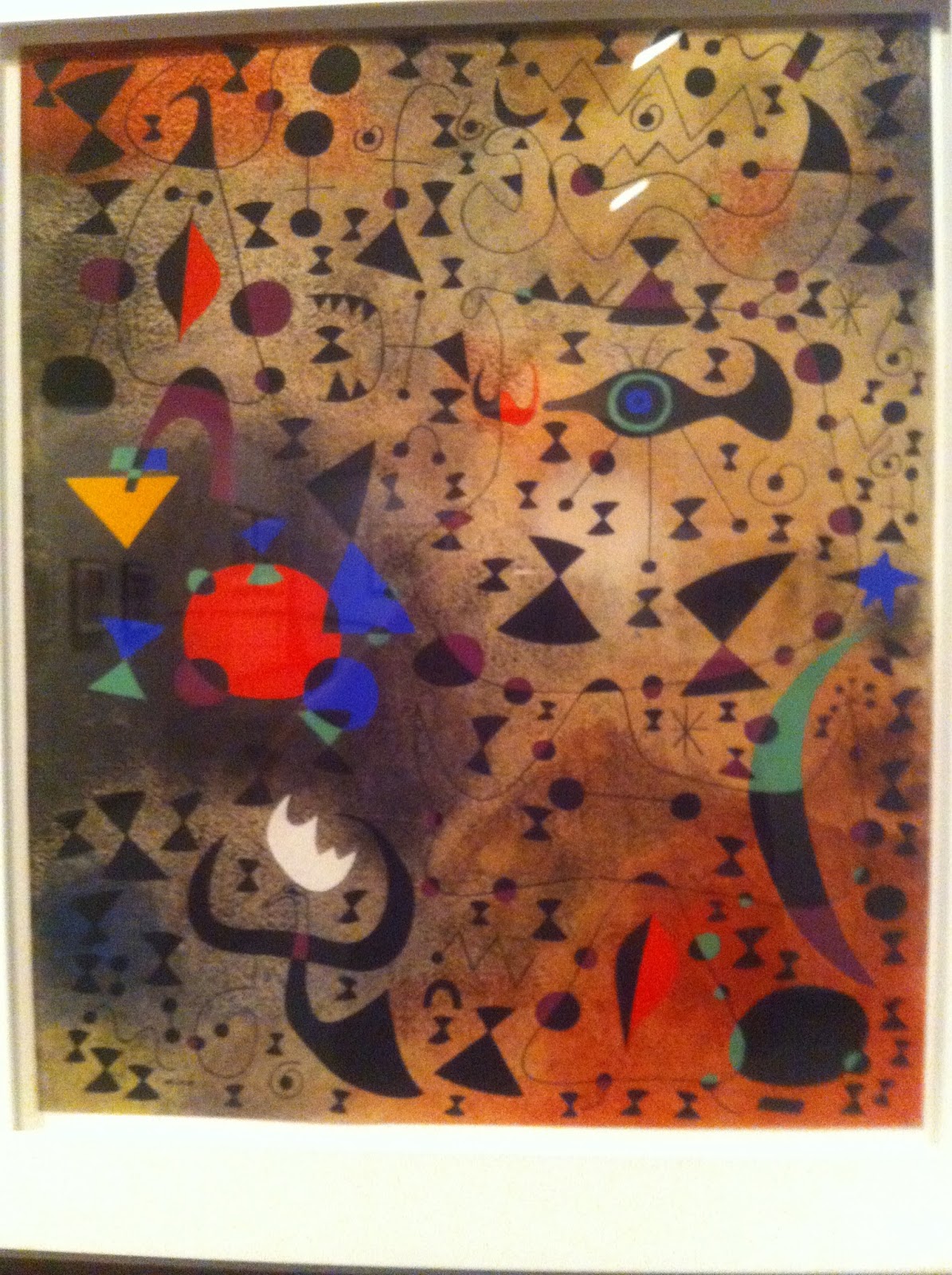 Miro's work is almost synonymous with modern Spain and he is unique in being an artist whose work has somehow taken on a life of its own. It doesn't appear dated. Miro and Gaudi are the two artists who we have come to be identifiedwith modern Spain, and especially the great city of Barcelona.

He created the "Espana" logo widely copied adapted for Spanish tourist brochures around  the world.
http://goodlogo.com/extended.info/espaa-logo-3045

Could you imagine an important exhibition of art works at some small town rail station in Britain or the States ? I love exhibitions in random non art locations, I tried to arrange an exhibition this year at Preston Bus Station but the powers that be seem intent on knocking it down.. the fools. (But that is also another story) So these show's ticked boxes for me.

So if you are in Majorca and want to get away from the holiday crowds its definitely worth a visit to Soller station.

The trip back via the mountain railway is also spectacular.
Posted by Andy Mercer at 21:04

Абрам Александр said...
This comment has been removed by a blog administrator.
3 April 2020 at 06:35